A patent consists of claims.  Each claim describes and protects something independently unique or covers a specific point dependent one of the main claims.  Once a claim is granted and the patent is issued by the USPTO, no other party can be granted a claim on the same unique technology or feature.  It is possible for a third party to patent an additional feature or enhancement to the original patented idea, but they cannot incorporate it with or into the underlying technology without the original patent holder’s approval.

MicroMeshGutterGuards.com, the manufacturer of MasterShield Gutter Protection, has been Higginbotham patents’ Exclusive Licensee for these patent since March 2008, with Exclusive License rights in metal to Patent 6,598,352.   As new patents are issued, they become a part of the MicroMeshGutterGuards.com portfolio.  The use of the Patents and Trademarks we license or own by any other entity is an infringement of our legal rights and is open to prosecution.

MicroMeshGutterGuards.com has an Exclusive License Contract and are the only company in the United States, Canada and Australia legally entitled to manufacture and supply gutter guard products to our patented specifications.

In accordance with Section 287(a) of Title 35 of the United States Code, the reader is hereby placed on notice of Edward Higginbotham, Karen  Sager and MicroMeshGutterGuards.com’s rights in the United States Patents listed on this site and associated with gutter guards.  Links will take you directly to the USPTO.gov website. 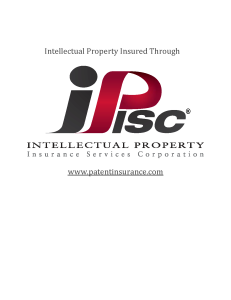 RE42,896  Reissue of Self Cleaning Gutter Shield

RE43,555  Reissue of Self Cleaning Gutter Shield

Other gutter guard technologies in the patent portfolio of MicroMeshGutterGuards.com: